Secure your spot & get started today with our FREE EXCLUSIVE online offer!

By opting into the web form above you are providing consent for Gracie Jiu-Jitsu Chandler to send you periodic text messages. Standard rates may apply. You can reply HELP at anytime or learn more. You may opt-out anytime by replying STOP.

The kids love coming to classes! It is positive atmosphere and not only are they learning jiu jitsu, but also life skills!

Excellent instruction and their kids program is engaging and fun. They do a great job of instilling good values and manners in the kids as well. I know my kids are always safe and getting quality instruction with Michael and staff. The adult classes are great too and everyone is friendly and really trying to help each other improve every class.

This place is great if you want to learn practical Brazilian JiuJitsu. Mike is an awesome coach that is very knowledgeable. Great place to train at!

If you're looking for a place to train for real life scenarios, this is the place to go. Would definitely recommend to anyone who wants to learn how to effectively and efficiently defend themselves. Extremely knowledgeable instructors break each technique down and works with every student. This is an all inclusive program that works for anyone. The atmosphere here is very friendly to all walks of life, and people from every profession train here, including game designers, construction, law enforcement, nurses, business owners, etc. While the techniques and fundamentals here can be used in competition, that's not the focus of the training at the start, but is taught once you've shown mastery of the fundamental techniques. So if your intent is training for mma or other competitions, I'd recommend calling ahead and speaking with Michael. Overall, i have loved every second training here.

This place is great! My son has learned so much in such a short amount of time! It’s their attention to detail and knowledge that makes this training outstanding. My son’s confidence has increased as quickly as his skill. His skillful ability to protect himself from larger opponents, both in size and height, is a credit to the training at Gracie Jiu-Jitsu in Chandler. In addition, I would strongly recommend this type of detailed training to young ladies as the mean to protect themselves from would be attackers.

Our kids can't get enough. I like how families are welcome to stay and watch. Staff is amazing. High energy. And helpful. Ashley is the best. Its cool how they put together events that celebrate their achievements. And you can tell they enjoy what they do for our kiddos!

I started taking my son to this place since it was on Groupon. So my expectations were not too high nor I knew what I was trying to get out of it. The orientation given by Ashley helped me understand Martial arts and it’s need. The first few classes led by Matt and Ashley were so phenomenal that I enrolled by son permanently. I have been so happy about my decision on this. My son loves taking these classes. I have seen a huge change in my 6 year old confidence and endurance. The classes also tries to make families part of the learning and goes beyond just Martial arts since it talks about Ninja core values like self discipline, Focus and Respect etc which are critical to anyone’s life. I would encourage anyone at any age group to take a class with Matt and Ashley and I can bet that you are going to love it and learn from it.

Our son has loved training here for the past several months. The black belts who lead the beginners classes are knowledgeable and professional, and they're also great with kids. The training program is designed to address not only physical fitness and self-defense, but also aspects of character, such as good manners and citizenship. Everyone at QMA is enthusiastic, courteous, and helpful, and we've found the experience of working with them to be a very positive influence on our 10-year-old. Highly recommended! 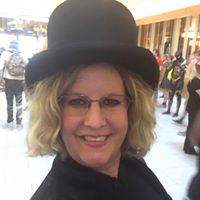 Great place for kids to train! Our family loves the environment for both jujitsu and toshindo! 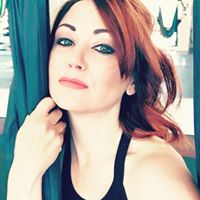 Great experience for kids to learn so much more than just a martial art! Confidence, respect, discipline, patience, the list goes on and on. I highly recommend Quest Martial Arts for any family! 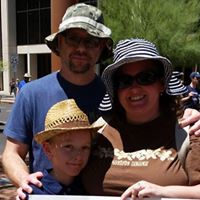 My son and husband have been training at Gracie Jiu-jitsu Chandler for years and love it. The instructors are amazing and truly care about each child's success, both on and off the mats. They learn life skills as well as martial arts, and they have a lot of fun! 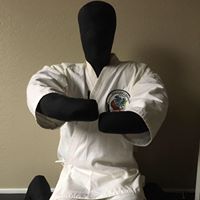 Great atmosphere, good workout. The JiuJitsu has been great but the people at Phoenix Quest have been even greater! 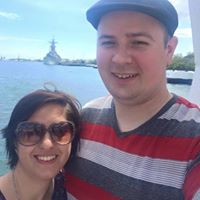 I've been going for two years. I've tried several different martial arts schools. I feel like this one has practical self defense, a welcoming and family oriented atmosphere and high quality training for a very realistic price. 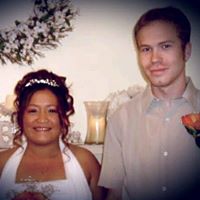 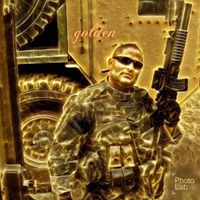 I have been coming to the PQC for a little over 2 yrs now. And this is by far the best Martial arts class i have ever attended, From the first day I walked in the door i was learning real techniques i could use. I didn't have to go home and practice Kata patterns over & over again. I learned real techniques that i could use right away! I didn't have to wait months to finally learn something. So i signed up both of my kids right away and they love it. They say that they feel like thay can really defend themselves and have more confidence. Thank you again for everything PQC! 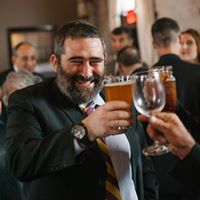 Quest Martial Arts Chandler is a supportive environment for learning realistic self-defense. I have trained there for more than two years, after training in a dojo in Florida for eight, and seeing family members train with varying degrees of effectiveness in four styles of martial arts over more than 50 years of collective experience.

Without a doubt, I can assure fellow students that the training is practical, geared to all ages, positive and supportive, and responsive to individual needs. We do not spar for competition; we learn effective techniques that will not be hampered by having trained for artificial rules that attackers will never follow. (This is not to say that sparring is bad; it's just not training for street attacks.)

The staff at Quest Martial Arts are skilled at both techniques and in teaching in a positive manner. Under their teaching, I have seen adolescent girls grow in assertiveness and adults of all physical conditions improve their abilities and confidence. 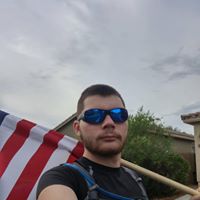 The Gracie classes are great, the instructor is nice, and the students are the best training partners. I feel welcome every time I come in.

Request information today to learn more about our programs! Get Started Now

How to Stop Bullying In Its Tracks

It’s a nightmare for any parent. You send your child off to school thinking she’ll be in a safe learning environment. Soon you’re finding out through tears that she’s become the victim of bullying. Parents across the nation want to know how to stop bullying. And that includes the Phoenix Metro area.

Bullying is Closer than You Think

It was a typical May morning in Chandler, Arizona. The temperature climbed into the 90s as school children counted down the days to summer. One girl stood in the hallway, holding several books during a class break.

Surveillance video shows two sixth grade girls repeatedly pulling on her pony tail. One of them even tried dragging the victim toward the door by her hair.

It’s the kind of story that really makes your blood boil, right?

In this case, there was direct evidence and the Chandler Police Department even recommended a misdemeanor assault charge be filed against the two sixth grade girls doing the bullying. But most parents would prefer not to have it go this far in the first place.

The Costs of Bullying

Bullying is an epidemic among boys and girls all across the country. As bad as the experience of bullying is in the moment, the aftermath is just as painful. That feeling of helplessness is devastating to children and also to you as parents.

Many think school policies and legislation is the answer. While those can have some effect, they can only do so much. Think about it. There are laws on the books and policies in place for lots of things: murder, assault, theft, etc. That doesn’t remove the threat for the victims involved. It only makes the crime punishable after the fact.

Some think the problem will go away with time. The truth is, the effects of bullying, if not properly dealt with, are long-lasting. Inaction may have consequences that manifest themselves as depression, relationship problems, and counseling fees.

Arizona Department of Education states, “Addressing and reporting bullying is critical. Students who are targets of bullying behavior are more likely to experience lower academic achievement and aspirations, higher truancy rates, feelings of alienation from school, poor relationships with peers, loneliness, or depression…”

How to Stop Bullying Now

So what can you and your child do to prepare for these situations?

When the moment comes that a bully tests your child, will he/she be ready? Does your child know how to avoid a fight, what options are available, when to defend oneself, and how to do it appropriately?

Let’s take a look at another case study: Naomi. Naomi wasn’t prepared for her “friends” to turn on her. You can see the regret and sadness in her father’s face when he tries to explain the physical abuse she endured at the hands of her “friends.” Contrast that with her transformation after spending just one week at a Gracie Jiu-Jitsu training center.

Warning: contains some violent content in the first 20 seconds of the video

This is a common and valid concern for parents. But what if we told you the exact opposite is actually true? When your child enrolls in Gracie Jiu-Jitsu classes, he/she will learn the following five rules:

Prepare Your Child Against Bullying Today

So if you’re wondering how to stop bullying, we firmly believe Gracie Jiu-Jitsu is the best answer. It’s healthy. It’s fun. And it will inspire confidence in your child you never knew was possible.

Concerned because your child is on the smaller side? That’s who BJJ was designed for! Brazilian Jiu-Jitsu has a long history of smaller practitioners defending themselves against much larger opponents. That’s because we’re not meeting force with force. We’re managing distance and controlling movement.

At Quest Martial Arts Chandler, we want to unleash your child’s potential. We provide a safe end friendly environment for your child to learn a proven system that works. And with our 10 day free trial, you’ve got nothing to lose!

We all know bullies are out there and run-ins are inevitable. Now’s the time to prepare your child against them. This is how to stop bullying.

Get started today with our exclusive offer. Request more information today to find out how you or your child can start training.